It may be naive, but I have always believed in hope and natural movement toward enlightened wholeness - and the elegance of the country's central strength -- the written documents upon which we rely to guide our government and our laws (Declaration of Independence, Articles of Confederation, Constitution, Bill of Rights) and the spirit with which we face challenges. Adaptability, courage and the willingness to re-exam who we are and the courage to reinvent ourselves are our greatest strengths.

While no one person is the answer, I do think one person can inspire us to believe in ourselves and, maybe, in each other. If you haven't seen this video yet - it is worth taking a look and may even inspire you to believe? *grin*

Don't miss a chance to vote in the primaries!!

We know the battle ahead will be long, but always remember that no matter what obstacles stand in our way, nothing can withstand the power of millions of voices calling for change.

We have been told we cannot do this by a chorus of cynics who will only grow louder and more dissonant in the weeks to come. We've been asked to pause for a reality check. We've been warned against offering the people of this nation false hope.

But in the unlikely story that is America, there has never been anything false about hope. For when we have faced down impossible odds; when we've been told that we're not ready, or that we shouldn't try, or that we can't, generations of Americans have responded with a simple creed that sums up the spirit of a people.

It was a creed written into the founding documents that declared the destiny of a nation.

It was whispered by slaves and abolitionists as they blazed a trail toward freedom through the darkest of nights.

It was sung by immigrants as they struck out from distant shores and pioneers who pushed westward against an unforgiving wilderness.

It was the call of workers who organized; women who reached for the ballot; a President who chose the moon as our new frontier; and a King who took us to the mountaintop and pointed the way to the Promised Land.

And so tomorrow, as we take this campaign South and West; as we learn that the struggles of the textile worker in Spartanburg are not so different than the plight of the dishwasher in Las Vegas; that the hopes of the little girl who goes to a crumbling school in Dillon are the same as the dreams of the boy who learns on the streets of LA; we will remember that there is something happening in America; that we are not as divided as our politics suggests; that we are one people; we are one nation; and together, we will begin the next great chapter in America's story with three words that will ring from coast to coast; from sea to shining sea - Yes. We. Can.
Posted by JT at 2/05/2008 09:00:00 AM 8 comments:

I've watched this clip a half-dozen times (scroll down for clip) and I can't tell if Dana Perino is angry or genuinely offended. Perion's attempt to draw the other journalists in the briefing room as also experiencing a "state of offense" was shallow and a bit desperate. Certainly Perino's barely veiled-threat that being a journalist allowed into the briefing room was a "privilege" was a mistake -- better than she have tried to intimidate Helen Thomas and failed. The angry eye-blast she gives Helen Thomas at the end of the clip turns Perino's performance into a childish display.

Nor does Perino's try at turning Thomas' comments into an anti-troops statement work - as anyone who has followed even part of Thomas' 45+ career as White House journalist would know.

Regardless of what motivates Dana Perino, Helen Thomas' attempt to shake her up succeeds. Helen Thomas did not choose her words without thought - never does.

Helen Thomas is known for her tough questions and for her courage - asking unpopular questions when her colleagues remain silent... as illustrated by this quote taken from Wikipedia's entry on her:

On March 21, 2006, Thomas was called upon directly by President Bush for the first time in three years. Thomas asked Bush about the war in Iraq:

"I'd like to ask you, Mr. President, your decision to invade Iraq has caused the deaths of thousands of Americans and Iraqis, wounds of Americans and Iraqis for a lifetime. Every reason given, publicly at least, has turned out not to be true. My question is: Why did you really want to go to war? From the moment you stepped into the White House, from your Cabinet -- your Cabinet officers, intelligence people, and so forth -- what was your real reason? You have said it wasn't oil -- quest for oil, it hasn't been Israel, or anything else. What was it?"

Scroll down past the clip for more of Helen Thomas on the war, civil liberties and the responsibility of the press.

Helen Thomas on war, civil liberty and the responsibility of the press

Excerpt from Helen Thomas' speech at her WiLL/WAND Torchbearer Award ceremony delivered at the Sewall-Belmont House in Washington, DC on Saturday, September 13, 2003.

". . . But now it is once more into the breach for us, and once more truth is the main casualty of war. In the brief five months of the Iraqi war, we already have learned that the human and financial costs are too high. But when will our leaders learn--war is not the answer. It's time for women to make their voices heard. Their silence on the subject of war and peace is deafening."

"We have lost our halo, because we represented the...best hopes and ideals of mankind and we have disappointed the world. To be a military superpower does not arrogate to us the right to invade countries, defy laws and dictate to other people. That is not us. It never was. We have no choice--it is imperative for us to take back the dawn." [Read Thomas' full speech at thenation.com}


Lap Dogs of the Press

posted March 15, 2006
"Of all the unhappy trends I have witnessed--conservative swings on television networks, dwindling newspaper circulation, the jailing of reporters and "spin"--nothing is more troubling to me than the obsequious press during the run-up to the invasion of Iraq. They lapped up everything the Pentagon and White House could dish out--no questions asked." [Read complete article at thenation.com}

Thomas questions press secretary Scott McClellan about wire-tapping under the PATRIOT Act. Follow this link to video.
Posted by JT at 12/09/2007 12:29:00 PM 1 comment:

AT&T to Customers: Up Against the Wall! 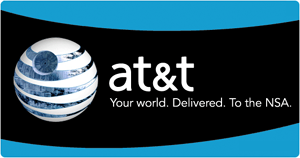 Verizon & Bellsouth Sell Out Their Customers, Too!

...and it's not just AT&T:
The nation's largest phone companies -- AT&T, Verizon and BellSouth -- reportedly have been providing the National Security Agency with call records of millions of Americans.

I live and vote in a Blue State. Actually, I have been blue since Election Day 2004 (well.. actually 2000, but you probably knew that). Unsure how to survive it, I think I've been holding my breath for the last two years - hoping the damage isn't too great and everything I believe in is still recognizable in 2008. I think I've become cyanotic -- complete with blue fingernails -- waiting to breath again.

Of course, that's an exaggeration - I do get some fresh air intake - - it happens when someone makes me laugh at the situation we've gotten ourselves into with GW & Company. Jon Stewart has been a lifeline. Colbert helps, too. Then today, a new friend introduced me to a local Connecticut writer, Jeff Schult's blog - and a piece he wrote in late 2004, "Red Talk, Blue Talk and Vice Versa ..."

Several hearty laughs and a shake or two of my head and I'm a brighter blue.

The Daily Show - Ted Stevens and the Internet

Just as the writers of the Declaration of Independence sought to address issues and grievances against the British Crown in 1776, New London Declaration also seeks to announce to a candid world that the issues of freedom, equality, justice and honor should still be uppermost in our minds as we contemplate being an American in our republic. We believe these questions of democracy require constant examinations, with a skeptical eyes, and constant vigilance. As patriots said "fie on you, King George" at the founding our republic, so do we today say "fie" on all who would diminish our freedoms for the sake of safety or seek to purchase our democracy.
Written by Peter Roberts, Stage direction: Jim Stidfole, Music: Sherry Stidfole, her crew and Hugh Eli.
Posted by JT at 6/30/2006 12:40:00 PM No comments:

Stephen Colbert Interview on the 10 Commandments

Stephen Colbert, The Colbert Report interviewing Representative Westmoreland (GA)... it's embarrassing to think this man is in Congress. Westmoreland sponsored a bill to display the Ten Commandments in Congress, but does not know them or seem to understand they are not a judicial list of "dos & donts".
Posted by JT at 6/26/2006 02:42:00 PM No comments:

While researching news updates for my own effort to "get out the word" about Darfur, Sudan, (see http://joyworks.net/sudan/darfur/) I came across a story about Alan Greenfield and the people in the town of Needham. Greenfield offered to pay for a banner from SaveDarfur.org for anyone in town willing to put one up. He hoped to catch attention of media and eventually President Bush in hopes of some real actions on part of US to stop the genocide in Darfur. You can read more about his effort and results on his blog at http://needhamdarfur.blogspot.com/ .

You can read first-hand articles and commentary from our friend, David Morse (author of The Iron Bridge) on his web site at http://david-morse.com/darfurInfo.html.
You can also read David's account of his trip to Darfur on the web at http://www.friendsjournal.org/contents/2005/0905/feature.html in the December 2005 issue of "Friends Journal".

There's not much I can say about the lack of resources and commitment this country has toward the people of Darfur and, perhaps, in general, the people of Africa that's not been said by more influential people than me. Except maybe this - I believe that no regard, no caring, no favor, no act of kindness, no love given from the heart is ever wasted or lost. So, each of us, if we do what we can - what we can imagine, what we dare, what we can bear - then - while all evil may not vanish - it will not get any stronger. So, let's all read, learn, talk, write letters, make phone calls, get the people who love you to do the same - and support the relief agencies who try to provide day-to-day survival - until such time as this particular evil is conquered.
Posted by JT at 6/23/2006 04:37:00 PM 4 comments: